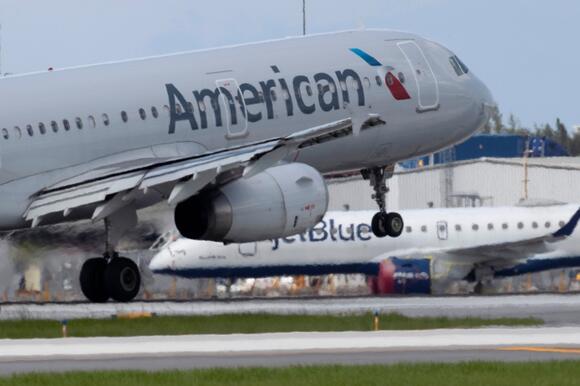 AUSTIN (KXAN) — Bucking the recent trend of expansion, American Airlines and JetBlue Airways are cancelling or suspending nonstop routes out of Austin.

American will stop service to San Juan, Puerto Rico, on Nov. 3, according to an airline spokesperson. At this time, no other airlines operate on that route.

“We constantly evaluate our network to ensure we’re connecting customers with the destinations most meaningful to them,” the spokesperson told KXAN. “As the Austin-San Juan route isn’t meeting performance expectations, we’ll discontinue service effective Nov. 3.”

Customers scheduled to travel after that date will be contacted for alternate arrangements.

The airline will continue to serve San Juan from Charlotte, Chicago, Dallas/Fort Worth, Miami and Philadelphia.

Meanwhile, American has expanded its network out of AUS this year, with new year-round routes to Cozumel, Mexico, and Montego Bay, Jamaica , as well as new seasonal routes to Bozeman , Palm Springs , Vail and Orange County, California .

American remains the second-largest airline operating at AUS in terms of passenger totals, behind Southwest Airlines. From January to June this year, more than 2.6 million passengers boarded an American flight out of Austin, accounting for about 27% of all passengers.

JetBlue will suspend nonstop service from AUS to Newark and Los Angeles in February 2023, according to an AUS spokesperson. The suspensions are part of a larger network change affecting 37 routes, as first reported by travel site The Points Guy .

“To ensure continued operational reliability, we’re planning a schedule change for this fall and into 2023 that will extend some of the market suspensions we put in place earlier this year,” a JetBlue spokesperson told KXAN in a statement. “This summer has been more resilient because of the capacity pulldowns we put in place and we believe it’s prudent to plan similarly for next year. We’re getting ahead of it now to ease pressure on our Customer Support team and to offer more time for rebooking our customers. These suspensions are primarily in markets and airports that are especially challenging from an operational or ATC perspective.”

The suspensions mean JetBlue will only operate three routes from Austin, to Boston, Fort Lauderdale and New York City (JFK).

The airline has struggled to return to pre-pandemic passenger levels at AUS. Prior to the pandemic, more than 45,000 passengers were flying with JetBlue each month, compared to around 30,000 in both May and June this year.

Despite the suspensions, the airline says 2023 is shaping up to be a year of expansion overall, with more routes coming to its focus cities in New York, Boston, Fort Lauderdale, Los Angeles an Orlando.

Copyright 2022 Nexstar Media Inc. All rights reserved. This material may not be published, broadcast, rewritten, or redistributed.

For the latest news, weather, sports, and streaming video, head to KXAN Austin.