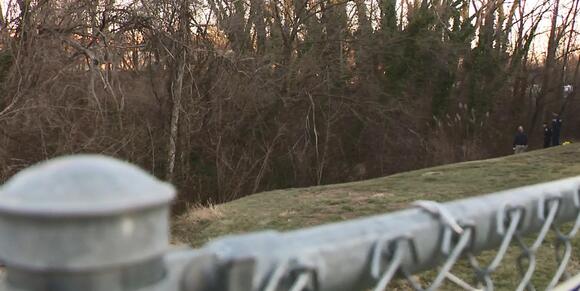 Police said the 29-year-old suspect died from a self-inflicted gunshot wound in a wooded area in Towson.

WJZ was at the scene where Towson Town Place Apartments were blocked off for the investigation.

Around 1:30 p.m., Baltimore City Police helicopter spotted a car that was wanted in connection with a shooting on January 16 in the 2400 block of Francis Street.

The car sped off from the area of W. Franklin and N. Payson streets in West Baltimore.

Officers said the suspect then attempted to carjack a person at a gas station on Belair Road.

The suspect returned to the wanted car and sped away.

Police said at the intersection of Joppa Road and Loch Raven Boulevard, the suspect got out of the car and stole another car.

When trying to drive away from police, the suspect continued in the carjacked car only to jump out and run away on foot into a wooded area in Towson, according to police.

Police said the man was found with a self-inflicted gunshot wound. He died at the scene.

"I see all the caution tape all the police so I know it's something serious," said Jayson Hill, who lives nearby.

Residents in the area watched the chaotic scene as police swarmed into their community.

"I saw them carrying him out on the stretcher," said Mark Weinapple, who lives in nearby.

"For this to happen right outside my front door is crazy," added Princess Vasquez.