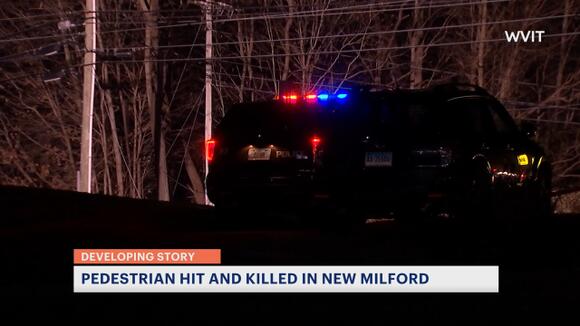 A 61-year-old Danbury man was killed after police say he was struck by a car in New Milford.

New Milford police say the incident happened Tuesday around 5:11 p.m. on Danbury Road in front of the Route 7 travel plaza.

The victim has been identified as Galo Rafael Guaman-Sarmiento.

Police say the vehicle that struck Guaman-Sarmiento is believed to be a black-colored sedan or Ford Fusion with driver side front end damage.

Anyone with information is asked to contact Detective Nicholas Smith at 860-355-3133 or nsmith@newmilfordpolice.org.