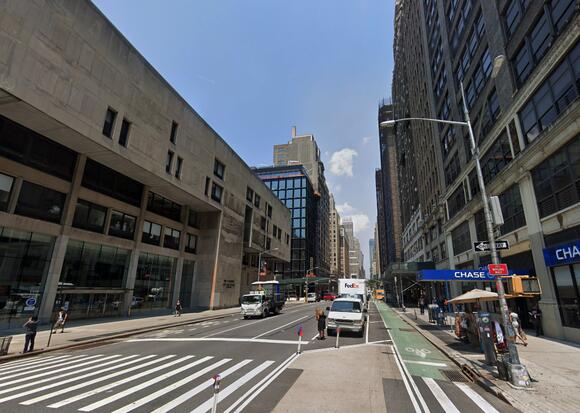 NEW YORK (1010 WINS) -- A man was stabbed to death across the street from the Fashion Institute of Technology in Chelsea early Wednesday morning, police said as they searched for his killer.

The 38-year-old victim was walking on Seventh Avenue, just north of W. 27th Street, when a man came up around 12:50 a.m. and stabbed him three times in the chest.

Officers responding to a 911 call found the victim with multiple stab wounds.

EMS rushed him to Lenox Hill Hospital but did not survive.

The victim was not a student of the renowned fashion school, according to police.

Additional details about the victim, including his name, weren’t immediately released. A potential motive remains unclear.

The stabber ran off and was still being sought by police on Wednesday.