Woodbridge, VA
Check out more content from this city?
truecrimedaily

Virginia dad missing since before Christmas is found dead in Maryland 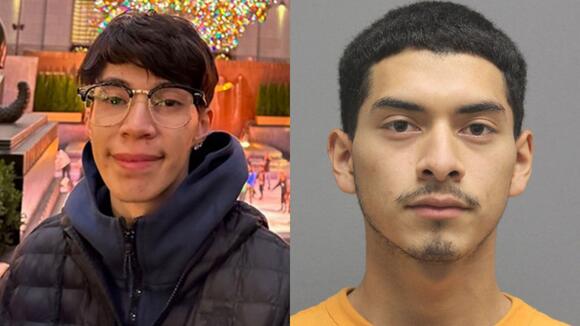 PRINCE WILLIAM COUNTY, Va. (TCD) -- Police arrested a 19-year-old and 17-year-old in connection with the stabbing death of a 20-year-old man who was reported missing before Christmas and whose remains were found in Maryland nearly a month later.

In a Jan. 19 news release, Prince William County Police said they found "evidence of a struggle and blood" inside Guerrero's car, which upgraded his status to endangered.

Police said they identified two persons of interest during their investigation and executed a search warrant on the 14100 block of Matthews Drive, where they detained 19-year-old Olvin Daniel Argueta Ramirez and a 17-year-old juvenile.

According to police, Guerrero and the two suspects allegedly met up for a narcotics drug deal Dec. 21. The men allegedly got into an altercation, which led to Guerrero getting stabbed several times. Police believe he "presumably died from his injuries."

Prince William County Police allege Argueta Ramirez and the 17-year-old male drove to Prince George's County, Maryland, where they left Guerrero's body. Officials in Prince George's County reportedly located remains Jan. 19, and the body was transported to the Medical Examiner's Office in Maryland for an autopsy. The victim was positively identified as Guerrero.

According to WUSA-TV, Guerrero was the father of a 10-month-old girl.

TRUE CRIME DAILY: THE PODCAST covers high-profile and under-the-radar cases every week. Subscribe to our YouTube page for podcasts, exclusive videos, and more, and don’t forget to follow us on TikTok.